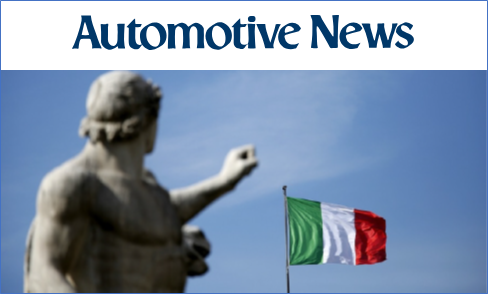 Registrations were 124,078, according to Italy’s Ministry of Infrastructure and Transport. The month had one more working day than December 2017.

Private customer demand rose by 10 percent, the second consecutive monthly increase after an increased by 5.2 percent in November, according to market researcher Dataforce,

Renault brand registrations increased 4 percent, boosted by sales of the Clio hatchback. Last year the Clio was the most popular car in the small-car segment, which accounts for more than one third of Italy’s registrations. Dacia sales jumped 31 percent, helped by high demand for the Sandero small car.

Ford deliveries were down 6 percent.

Except Audi, German premium brands had a bad month, with BMW’s volume down 20 percent and Mercedes-Benz sales down 4.6 percent.

Dataforce forecasts a slight recovery of the overall market in 2019 to 1.92 million while UNRAE expects sales to be lower in 2019 than in 2018 due to the additional tax on gas-guzzlers approved in December, and an uncertain economic and political climate.

Dataforce’s Italy chief, Salvatore Saladino, said the 2 million mark, which the industry hoped would be reached in 2018, “should be forgotten in the short term.”