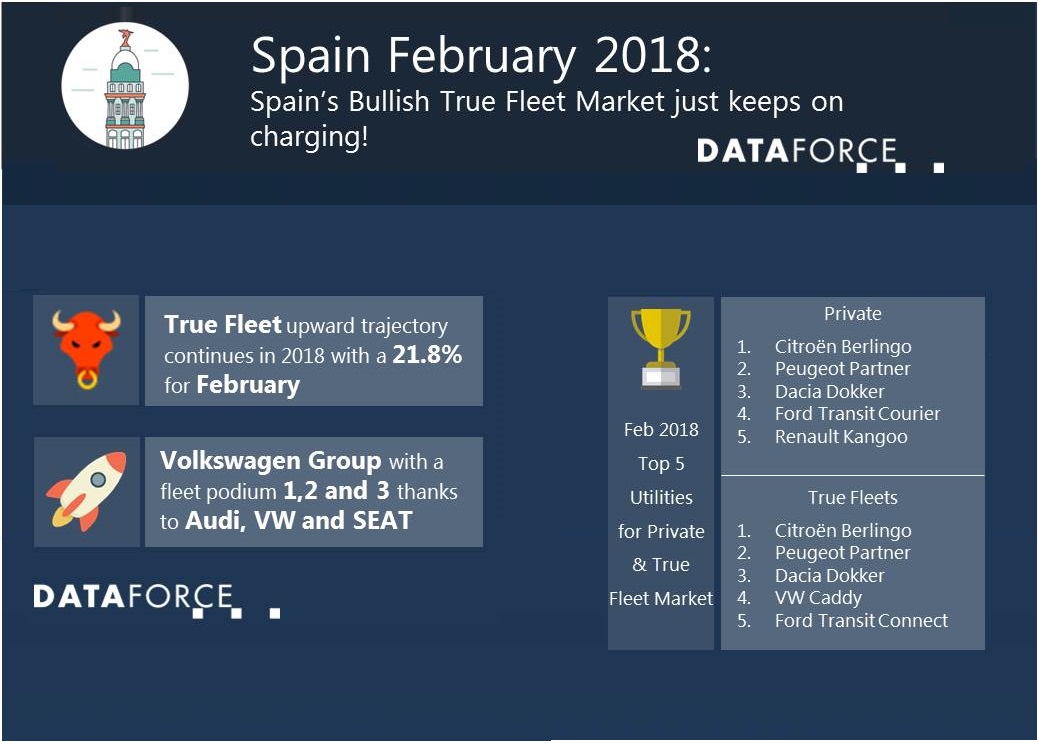 After an exceptional start to the year, Spain’s True Fleet pushes higher in February with an even better growth percentage and our forecast analysts are expecting a few more still to come in 2018. Total Market had its best volume result since June 2017 with registrations almost hitting 116,000 units and recording a + 13.2% growth. This was eclipsed by a very strong True Fleet result of + 21.8%. The Private market followed with a + 12.8% while Special Channels ended up with a + 9.0%.

Short-Term Rentals have continued to grow their annual market share since 2015, in a country with a heavy reliance on tourism possibly no surprise. It is also interesting to note the Dealer/Manufacturer portion has somewhat mirrored this (though from 2014 for this channel) with a possibly worrying strong feed of demo cars going into the used market in Spain.

So with another successful month in True Fleet it was also great to see two new entries in the top 3 manufacturers when compared to February 2017 and even a first place finish for an OEM that has not held the crown since December 2007. Ingolstadt manufacturer Audi was the star performer taking the top spot with an impressive growth of 89.1% thanks to A1 which achieved the #1 spot in model ranking for the brand, its first time ever! Q2, Q3 and Q5 also all enjoyed a strong performing February. VW achieved 2nd place and it was home grown manufacturer SEAT (3rd) with another strong month to take the final podium spot. Completing the Volkswagen Groups trifecta for the month and surely giving cause for a few smiles in Wolfsburg.

The two French brands of Peugeot and Renault were next in line while the German brands of Mercedes and BMW followed them. Nissan was in 8th position thank to a 15.5% growth but its rival Japanese brand Toyota in 9th achieved a slightly more impressive growth rate of 27.1%, this thanks to  the Prius Plus and the SUVs C-HR and RAV4. Citroën completed our top 10 lineup, impressing with the 3rd highest growth rate of 29.6%, thanks to the Berlingo and the new C3 Aircross.

The growth of a segment that isn’t SUV

Our earlier mention of the market channels brought us to take a closer look at a certain vehicle segment which like SUV (though with less volume) has achieved a significant growth of its own in the Spanish market. That segment is Utilities and while we have touched on this in previous press releases we decided to go a little deeper into the figures and channels. 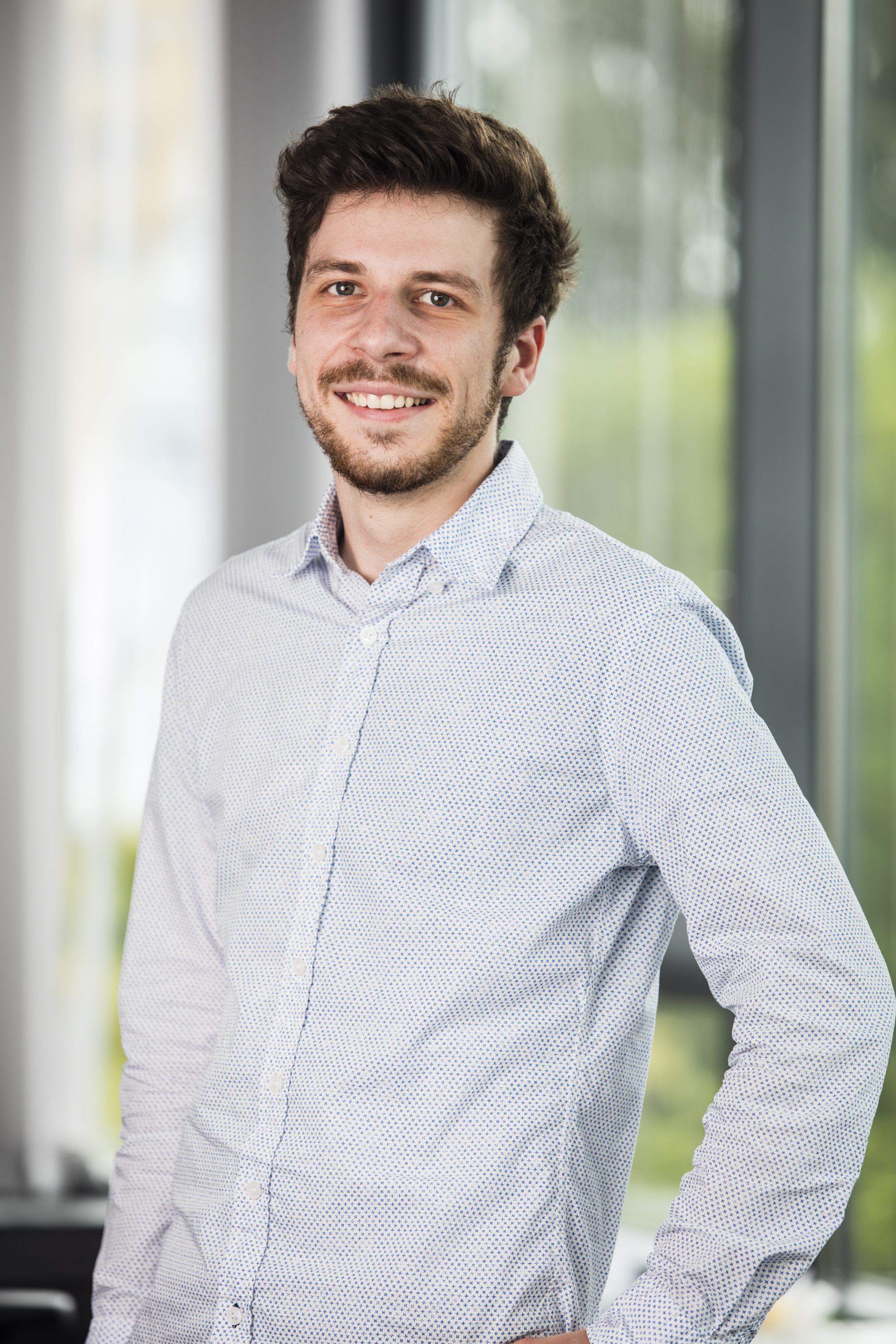