The future is electric – just a question of time?

The question of the technology of the future

When it comes to the question of which powertrain will prevail for passenger cars in the future, opinions often differ. In addition to battery electric vehicles (BEVs), some believe in hydrogen and others in combustion engines powered by synthetic fuels (e-fuels). This uncertainty slows down the adaptation of CO2-neutral drives. But if the plans of the European Union have their way, only CO2-neutral new cars are to be registered from 2035. In the current version of the resolution, electric and hydrogen would be possible, while e-fuels are still being debated.

To figure out whether electric cars are the future, the plans of the vehicle manufacturers are an important indicator. Almost all brands have already publicly communicated plans and indicated time periods from which they want to offer exclusively fully electric vehicles.

Fiat, for example, is already committed to building only BEVs from 2027, Mercedes from 2030 and the biggest player in terms of volume VW from 2033. So, the time of exit differs, but from 2035 almost all manufacturers agree: 100% BEV. In our view, e-fuels and CO2-neutral hydrogen will hardly play a role in passenger cars, as available quantities are more likely to be needed for industrial purposes and large machines such as aircrafts.

Dataforce has compiled the manufacturers’ planned internal combustion engine phase-out plans. The sum of the market shares of these manufacturers results in a projection for the BEV shares in Europe. Only manufacturers that have committed to 100% BEVs were considered. However, since the other brands will not remain inactive, the real development will be even higher.

The extrapolation shows that there are three points in time at which a particularly large number of manufacturers want to exit the ICE market, namely 2027, 2030 and 2035. For 2027, the extrapolation results in a BEV share of at least 21%. In 2030 the development is much faster with already 56% and in 2035 at least 80% will be reached.

Though it must be kept in mind that geopolitical influences can delay the development, for example if the available quantities of lithium, cobalt and nickel needed for the construction of batteries are not available. A sufficient charging infrastructure must also be in place.

From the perspective of private customers, the new e-mobility study also provides information about the future prospects of BEVs. In the EU 5 countries, 84% of private customers already consider it at least possible to switch to a BEV. Of these, 25% are certain and for 34% it is likely. According to the study, the chances are not bad that the manufacturers’ electric strategy will work.

Another argument in favour of a purely electric future is that more and more new car manufacturers are entering the market that focus exclusively on BEVs. The most prominent case is probably Tesla, which is also the most successful. However, Polestar and MG have also been gaining market share. In the future, we expect exciting developments from brands like Nio, Lucid, Xpeng or Rivian. Generally speaking, some Asian manufacturers also want to enter the European market with EVs.

In Norway, many of the new electric brands are already testing their vehicles, as the framework conditions are most favourable there due to the high electric penetration. In addition to Tesla and Polestar, we already see models from Hongqi, BYD, MG, Xpeng, Maxus, Seres, Skywell, Jac and Nio. Together, the newcomers already account for a share of 18.7% of the total market.

The growing trend of car subscriptions will also further strengthen the development. Consumers use the flexible leasing offers to try out an electric car for themselves in everyday life. This allows them to minimize the risks of the new technology and to make up their own minds. 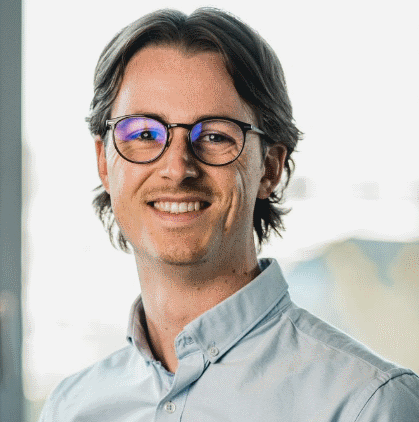