Fewer registrations since Corona, but the share of electric cars is rising

With a 4.3 % share of new registrations since the beginning of March, electric vehicles were able to gain ground in the EU5 markets despite the corona-related decline in total registrations of 65.3 %. This means an increase of 27.1 % compared to the same period last year. Dataforce expects a further rise in the market share of electric vehicles, driven by government incentives in all countries.

Corona has left a big gap in the automotive market. 65.3 % fewer new car registrations since March compared to the same period last year. Fossil fuels in particular have suffered the greatest losses. 67.1 % less petrol and 67.9 % less diesel engines have been registered since the beginning of the pandemic.

Increased and newly introduced government subsidies can be seen as one of the reasons for the growing demand for electric cars. In the UK, a further £532 million was released on 12 March 2020 as part of the Electric Car Grant to subsidise low-emission vehicles (£3,000 when purchasing an EV), and the Bonus-Malus System reformed on 1 January 2020 in France even provides for a €6,000 bonus when buying an EV.

An increase in the eco-bonus is also planned for Germany. Starting in July, up to €9,000 can be saved on the purchase of an electric vehicle through the so-called Innovationsprämie. Here, the tax cut at the beginning of the year from 0.5 % to 0.25 % of the list price for electric vehicles as company cars did not have a major effect. Only 13.2 % more EVs have been registered as company cars since the beginning of the year. This is probably due to the fact that the tax advantage only applies to vehicles without CO2 emissions and therefore does not affect the hybrids which are still more popular for fleets.

However, what influence do environmental bonuses actually have on the fuel type mix? A look at the past can shed light on the actual impact of government bonuses.

Environmental subsidies have a positive effect

The environmental bonus introduced in Germany in June 2016, which subsidised the purchase of an electric vehicle with up to €4,000, led to growth of 30.8 % in this segment in the following year. In the same period, registrations of electric vehicles in the other four countries rose by only 12.4 % on average.

The introduction of the bonus-malus system on 01 July 2018 in Sweden, which subsidises the purchase of an electric car with SEK 60,000 (around €5,700), led to an increase of 198 % in the following year. In the EU 5 markets the increase in the same period was only 51 %. In both countries there was thus a significant increase in the number of electric car registrations in the first year after the introduction of the subsidies.

Both manufacturers, who have to avoid penalties for high CO2 values and the governments of the countries, who are interested in economic growth and climate protection, are looking forward to seeing an increasing interest in electric vehicles.

And for consumers, the vehicles, which are now affordable thanks to governmental support, are becoming a real alternative. This paves the way for filling the gap left by Corona with environmentally friendly drives. 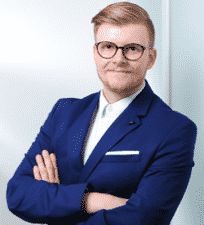